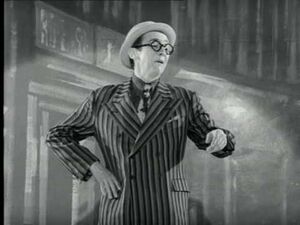 Arthur Atkinson was one one the great wartime comics and dominated the comedy scene up and down the country. He appeared on his great radio show 'hot and cold all over', and he really was the pick of the crop of comics in those days.There was fantastic competition: Billy Onions with his great catchphrase "here's my wife, here's my life". Ron Smyke, there were duos Benson and Hedges Lambert and Butler and the controversial nude spoon players from Czechoslovakia

Community content is available under CC-BY-SA unless otherwise noted.